Introduction to profiles and memoirs catalogue 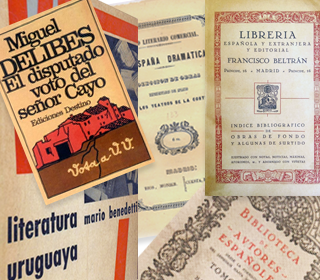 The portal Editores y Editoriales Iberoamericanos comes to life during the commemorative year of Miguel de Cervantes’ passing, as evidence of the lasting power of literature and of the wide-scale success that has been achieved by books published on the Iberian Peninsula. The portal is born as testimony to the powerful linguistic and cultural space that publishing in Spanish and in other peninsular languages has succeeded in creating in order to inspire and disseminate the literature that, as Mario Vargas Llosa says, presents that possibility of always going beyond what life allows.

Ever since Don Quijote visited a print shop in Barcelona, the dual desire which any publishing initiative necessarily contains has been clear: literary recognition and the rights and terms of authorship, as well as the derived economic profit which ensures the continuity of reading transmission.

The creator of the emblematic publishing house Anagrama, Jorge Herralde, pointed out in a speech on the challenges facing book culture in the year 2000 that, in the presence of future threats, knowledge about the publishing world in the past and present was fundamental, and he lamented the scarcity of research and analysis of the Spanish publishing world, of our history. The comparison with our French neighbors is crushing.

In spite of such pioneering initiatives as those undertaken, fundamentally, by Jean-François Botrel, Marisa Midori Deaecto, José Luis de Diego, Manuel Llanas, and Jesús Martínez Martín, following the path blazed by the Roger Chartier and Henri-Martin Lyons in their monumental and canonical Histoire de l'Édition Française (1982-1986), the world wide research around an essential sector of the cultural industries in Iberian languages continues to be an urgent necessity which EDI-RED intends to push forward. Also, the knowledge of their driving forces, their cultural practices, as well as their literary, commercial, and management strategies. 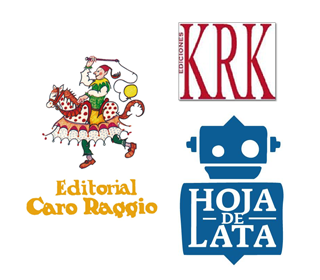 In this section of the portal EDI-RED, the bio-bibliographic profiles of editors, literary advisers, publishing houses and literary collections written in Iberian languages in any geographic scenario will be presented.  Produced by specialists in agreement with rigorous academic norms, they will map out a publishing genealogy along individual and collective paths in which the voices of the protagonists themselves will be heard. As a necessary complement to this section, in the Video library associated with this portal, it will be  possible to consult the Voices of publishing by means of original interviews of contemporary editors.

The cultural history of publishing set forth in the portal EDI-RED deals with the forms of production of printed materials, their circulation and interrelationships with the social and cultural practices of each historical moment, but without forgetting the testimony of those who made possible the construction of this literary Republic of Letters, which is characterized by their biblio diversity and is as diverse as the varied testimonies collected in the memoirs of José Ruiz Castillo Basala, Manuel Aguilar, Mario Muchnik, Carlos Barral, José María Castellet, Esther Tusquets and Arturo Peña Lillo, among others.

Thus, also provided are memoirs and autobiographies linked to the publishing world which are from the public sector, as well as the catalogue of all works of this type that have been written in Castilian, Catalan, Galician, Portuguese, and Basque is being presented. In this first version are included the biographical writings of Mariano Cabrerizo, Dionisio Hidalgo, Benito Hortelano, Julio Nombela, and the novelist Enrique Pérez Escrich, which are fundamental for becoming familiar with the formation of the modern publishing system in 19th-century Spain and its relationships with other European and Latin American countries. This portal has as a long-term goal the elaboration of the diachronic census of editors and literary publishing houses from 1800 up through today, which does not exist at the present time.

As Gustavo Gili, one of the most experienced editors of the beginning of the 20th century claimed in 1917, The book is the colonizing element par excellence. A nation which exports books is undoubtedly a rich and prosperous nation. And the portal EDI-RED is dedicated to the business adventures of those who initiate all possible literary histories and guarantee readers a steady supply of readings, as proof of those who have had and who today have before them the challenge of persevering in this effort.

Let us recall the words of the great maestro Galdós in 1901, as found in the prologue to the masterful novel by Clarín, La Regenta: in order for poetic or narrative works to achieve an even decent longevity, it is not enough for them to be healthy and robust; to their good complexion there must be added the persistence of authors or editors to not allow them to languish in a dark corner; these individuals must take them out, air them out, introduce them, risking with each new release a fight with the indifference of a reading public, which is less bad due to its small size than it is for its being distracted. The public always responds, and when it approaches this encounter with the patience and calmness which are necessary in order to wait for the masses, who show up, pass by, and gather up what is given to them.