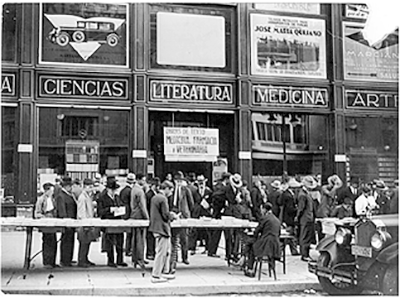 In La edición sin editores, André Schiffrin points out that publishing always represents a microcosm of the society of which it forms a part, reflecting its tendencies and elaborating to some degree its ideas, which is its true interest. In recent years it has been radically transformed. Country after country has passed from the traditional nineteenth-century artisan model to an industry which is dominated by conglomerates, which perform all types of activities in the cultural and information industry.

The portal Ibero-American Editors and Publishers (Centuries XIX-XXI) – EDI-RED proposes to draw up the map of literary publishing in Castillian, Catalan, Basque and Galician, as well as in Portuguese, from 1800 to the present, in both paper and digital formats in any geographical space. This ambitious project is centered on the personalities and the efforts of editors, publishing houses, literary series and advisers, from the modest nineteenth-century artisans to the large groups which dominate international publishing industry at the current time, including the «cultural guerrilla warfare» which publisher Jorge Herralde characterizes as the fortunate and exceptional independents which coexist with the giants publishing.

The material which is offered has been created specially for this portal, and it sets out to illustrate the creation and development of an international Republic of Letters which defies borders, misfortunes, and hazards, and assures the necessary bibliodiversity. Through the recovery of the trajectory of its principal agents and business enterprises, the cultural history of Ibero-American publishing will be traced, with its local specificities and singularities, whether it is in the form of chapbooks, special editions for bibliophiles, pocketbook series, or the present-day cartoneras, without forgetting rapidly expanding realities such as Chicano-language publications, which has emerged within the distribution framework of the powerful Anglo-Saxon publishing sector. 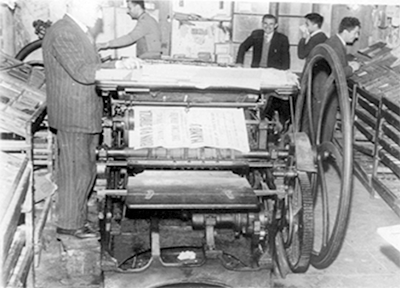 Therefore, bio-bibliographical portraits, editorial memories, audiovisual material about publishers, bibliographical and webgraphical resources or critical panoramas about literary publishing in Iberian languages, are some of the resources which are offered in an open fashion by the portal Edi-Red. Given the ambitious nature of this project, the contents of the various sections will be enriched and renewed on a regular basis.

Launched by the Grupo de Investigación Cultura, Edición y Literatura en el Ámbito Hispánico (GICELAH) at CSIC’s Center of Human and Social Sciences, EDI-RED is the product of the collaboration of various research teams in Argentina, Brazil, Chile, Colombia, the United States, Spain, the Philippines, Equatorial Guinea, Mexico, Peru and northern Africa. A collection of research teams which totals hundreds of names and is in constant growth, a group which is joined by numerous professionals of the national and international book sector.

This digital project, supported by the Biblioteca Virtual Miguel de Cervantes, is being developed within the framework of various research projects of the program I+D+i y de la Red Temática de Excelencia on cultural practices of Ibero-American Editors and Publishers, which are financed by the Ministry of Economics and Competitiveness of the Government of Spain. 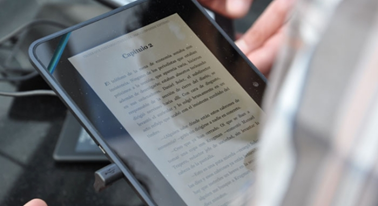 EDI-RED aspires to disseminate the research generated on literary publishing and modern cultural industries, as well as to promote new forms of knowledge linked to the Digital Humanities. It also seeks to raise consciousness about the heritage value of publishers’ archives and the practices of their trade’s professionals, as well as their fundamental contribution regarding contacts, exchanges, and cultural transfers in the global world.

But above all, it sets out to rescue the memory and the legacy of modern literary publishing which, as Jorge Herralde proposes, must have an editorial policy with logically coherent collections which will attract and earn the reader’s loyalty, and to attempt to achieve the maximum visibility possible. We must attempt to capture that which the readers want, but which they do not yet know they are going to want, as per the famous slogan of the German publisher Samuel Fischer through the publication of contagious books, in order to conserve current readers and breathe life into new generations.