Profiles of Editors and Publishers in Argentina

During the final decades of the 19th century, a publishing marketplace emerged in Argentina, the result of the initial expansion of the reading audience as a consequence of increasing immigration and literacy-producing policies. Nevertheless, that market only had visibility for the lettered elite, which would change in its characteristic endogamy from a francophile cosmopolitanism to a class-conscious and xenophobic nationalism. The Anuario Bibliográfico of Alberto Navarro Viola, published throughout the 1880s, turned out to be an inescapable source of information: here it is noted that Carlos Casavalle, with his Imprenta y Librería de Mayo, was the emblematic publisher of that elite group. At the beginning of the 20th century there came into existence the first modernizing collections, such as the Biblioteca of La Nación, which incorporated the contemporary European narrative (especially, French naturalism) into an active translation policy. Toward the 1920s a second moment of expansion of the reading public was consolidated, as a notable number of low-cost books and popular pamphlets inundated the printed material marketplace. Reading and small home libraries began to feed expectations of upward mobility for the urban proletariat. Claridad, a publishing company identified with a socialism of humanistic and pacifistic bent, would be the most representative brand of those years.

The Civil War in Spain would have have long-lasting effects on the Argentine publishing marketplace: one could even say that before the Civil War the country was an importer of high quality books and a producer of low quality books. In the period that ran from the end of the 19th century to the beginning of the 20th, quality editions were few and were still being produced as imported consumable goods, which raised their cost noticeably. The change of direction produced by the Civil War had at least two important consequences: Spain ceased to be an competitive foreign market, and several notable Spanish publishers resettled in Argentina, where they gave renewed impetus to publishing. During that golden era, as it was called, Argentina ended up providing 80% of the books that Spain imported and became the most solid reference point in the Hispano-American publishing industry.

Losada and Sudamericana, publishing companies founded by Spanish exiles, set the pace for publishing and vigorously renovated the field of literature and the social and human sciences. Midway through the 1950s, that bonanza began to decline, the country began a process of losing foreign markets, and it found in the internal market reasons for a productive subsistence. Sudamericana was the protagonist of this change: it went all in on the continent’s literature, and in hand with Gabriel García Márquez and Julio Cortázar, among others, it became one of the pivotal players in the so-called boom of the Latinamerican novel. We were at that time in the midst of the third moment of the expansion of the reading public, which is much more attentive to the literature of the American continent and to the new works that the Mexicans of the Fondo de Cultura Económica and, later, those of the Siglo XXI, published in the field of the social and political sciences. Among the causes of this expansion, the existence of an upwardly mobile middle class, the increase in university enrollment, and the internationalization of cultural currents are usually included. In sum, processes which customarily are synthesized under the nickname los sesenta. The ventures that Boris Spivacow headed up –first, the Editorial Universitaria de Buenos Aires, and later, the Centro Editor de América Latina— met that renewed and growing demand with low-cost books and hundreds of titles.

The dictatorship which began in 1966 gave an initial blow to that productive reality, and the dictatorship which was installed ten years later fed the second one, which was lethal. The systematic persecution of the world of culture and its effects (murders, «disappearances», torture, assaults, black lists, exile) condemned publishers and bookstores to an intellectual and material paralysis from which they never recovered. The return of democracy concided with the unfolding of the worldwide process usually called globalization, which marked and continues to mark the book industry up to the present. The progressive concentration of book enterprises in a transnational oligopoly caracterized an itinerary which seemed to have its headquarters in Spain, the visible center of publishing in our language at the current time, but which, like Quevedo’s money, in many cases es en Génova enterrado. In 1977, the German publishing group Bertelsmann bought 40% of the Spanish brand Plaza&Janés; since then the process of concentration has not stopped: in Argentina, it had its most significant moments with the sales of Kapelusz to the Norma publishing group in 1994, of Sudamericana to Bertelsmann in 1998 and of Emecé to Planeta in 2000. Nonetheless, ferocious competition among the large groups to obtain the most marketable titles and authors has not paid attention to a wide sector of the market which was occupied by a handful of small and medium-sized, independent and alternatve brands which in the present are giving renewed impetus to cultural publishing and have become the guarantors of what has been called bibliodiversity. 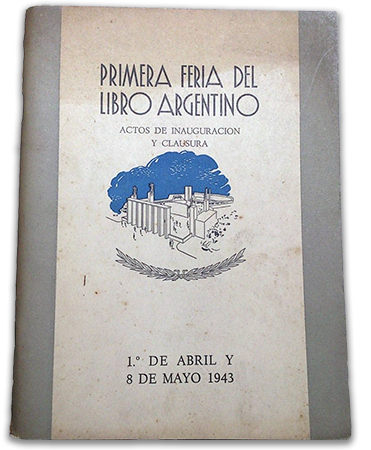