In Costa Rica one can identify a period of time previous to the local production of books between the Colonial period and the first decade following its independence from Spain (1821). This period was characterized by the importation and consumption of works from Spain, Mexico, and Guatemala, the last one that acted as Capitanía General's political center. The texts were brought to the province of Costa Rica mostly by businessmen, civil servants, military men and members of the priesthood, and they included religious and secular works which treated subjects related to politics, business, law, and medicine.

In 1830, almost a decade after their independence from Spain, the first printing press was introduced in the country, a transcendental event which stimulated the first steps in the local production of texts, which generally speaking dealt with official matters ordered by the State. There also circulated a considerable amount of religious and school publications, along with the popularization of newspapers.

In 1856, the country's first bookstore opened and established itself as a branch office of El Álbum printing house, which specialized in the sale of literary works, especially novels. At that time, the consumption of literature was associated with simple entertainment and fun, and they were not considered serious works for the consumers of the cultural marketplace. This process gave way at the same time to the increase in commercial presses and the expansion of public and private libraries which were located in the country's principal population centers during the second half of the 19th century.

Although there existed a process of expansion in Costa Rica's book world, the business model of the printing houses, at least until the first decades of the 20th century, did not concentrate on the local production of books, but instead dedicated itself to printing another type of material (flying pages, newspapers, journals, among others). The bookstores dedicated themselves principally to the sale of imported books. Local production concentrated on a small number of workshops in the city of San Jose. La Imprenta Nacional and la Casa Alsina, set in that city, were two of the more important business in the Central American region with regard to the publication of books.

In the final decades of the 19th century short stories, novels, and collections of poetry written by local authors begin to be published. It was common for each author to seek the economic means for the publication of these literary works, due to the fact that the presses would not take on the risk of publishing texts that were not assured of selling well. These determinants meant that literary works were mostly printed in a small format and were brief in length. In addition, fewer than 500 copies were printed. On the other hand, during that period several thousand copies were reproduced when school and scientific texts were involved.

Beginning with the 1940s, there appear in Costa Rica its first publishing houses, which are tied to specific political groups. Such is the case of Editorial Surco (founded in 1942) and the Editorial Vanguardia (in 1946). The former responded to the interests of a group of young technocratic intellectuals who were beginning to make inroads in national political life (Centro para el Estudio de los Problemas Nacionales, CEPN). The second publisher was affiliated with the Communist Party.

In 1947, the Editorial Universitaria is founded. Considered the first professional publisher in the country, it operated for more than a decade. In 1959 the Editorial Costa Rica (ECR) was founded. A state business which emerged as a result of the expansion of cultural policies within national political discussion, and promoted by a group of the country's renowned politicians, intelectuals, and artistas. This business, considered one of the most important one in Costa Rica publishing history, clearly dominated the rest of the publishing houses between 1960 and 1980, supported by a style of economic development that was implemented on a national level which permitted state growth and the expansion of the education system, a situation which at the same time stimulated the growth of the book market in Costa Rica. Toward the first half of the 1970s, the ECR had already published more than 70 titles, with a printing run of more than 100,000 copies, a high number if one considers that the country's population was under 2,000,000 at that time. During this period other publishing houses were created. Standing out among them were the Editorial Universitaria Centroamericana (EDUCA) and the Departamento de Publicaciones del Ministero de Cultura, Juventud y Deportes.

The onset of Latin America's debt crisis at the beginning of the 1980s had great impact on Costa Rican economic development, causing the populace to experience diminishing purchasing power, and with this there occurs a great reduction in the cultural market. This situation provoked a turn in the publishing market’s strategy, which threw itself into publishing school texts. In turn, precariousness in public and state institutions provoked by the new model of economic (neo)liberalization had indirect impact on the inner workings of the ECR and access to its financing, which almost caused it to close its doors. In this context, which covers the entire decade of the 80s and the first half of the 90s, university publishers begin to assume a protagonist role within the publishing market, supplying the demand for texts of an academic nature and of those written for the university population. The most important academic publishing houses have been, on up to the current time, the Editorial de la Universidad de Costa Rica, the Editorial Universidad Nacional, the Editorial Universidad Estatal a Distancia and the Editorial Tecnológica, which began to operate since the end of the 1970s.

Finally, one can distinguish one final period in the history of publishing in Costa Rica beginning with the second half of the 1990s and lasting up through the present, where university publishers as well as those of the private sector predominate. The private entities progressively began to concentrate in their hands a large part of the local production of literature, stimulated by the access to new technologies, lower production costs, and new marketing strategies. Among these can be mentioned are the Alambique, Perro Azul, Uruk, Lanzallamas y Germinal publishing houses, among others. 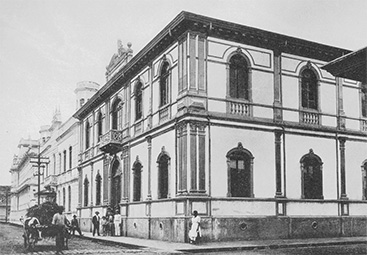 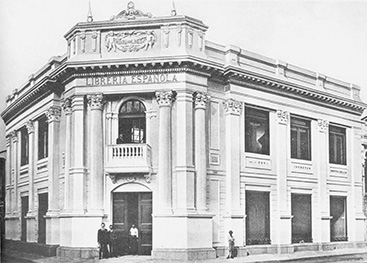