Profiles of Editors and Publishers in Cuba

The Flemish publisher Carlos Habré produced the first printed material which appeared in Cuba: Oraciones, novenas en devoción y gloria de N. P. San Agustín (1722). Until the middle of the 18th century, printing was not a sound business, but afterwards families of printers were formed which remained active until the beginning of the twentieth century: the Olivos, the Boloñas, the Paula-Seguís, the Palmers, the Arazozas, the Solers, the Barcinas, the Spencers and the Murtras, in some of their stores printing took place, at various times, under the rubric of the Imprenta del Gobierno or the Capitanía General, the only one allowed, paying particular attention to the faithfulness to the Spanish Crown, although more than a few governors ignored this directive. The publishing movement during the first half of the nineteenth century was minimal. It developed around eight Havana and five provincial presses, and the greatest weight of the undertaking involved the publication of textbooks and manuals.

In 1819 Ignacio Valdés Machuca, under the pseudonym Delio, published what is considered by Fornet to be the first Cuban work worthy of being categorized as a book: Ocios poéticos, followed by several titles in the same genre. the growth which was achieved provoked the emergence of the publisher as a mediator between the writer and the still scarce market. Due to the efforts of the first one, José Severino Boloña, in whom the roles of printer, publisher, and Letters enthusiast were united, there were published a compilation of poems that had already appeared in newspapers, plus other unedited poems in 1831 and the Colección de poesías, arreglada por un aficionado a las musas (1833), the first selection that there had been in Cuba. That same year, Ignacio Herrera Dávila released Rimas americanas, and despite its pobreza editorial (Fornet), its importance as la primera antología hispanoamericana publicada en el Continente (Fornet) cannot be forgotten. At the end of the 1830s the number of printers and publishers increased due, among other reasons, to the surge in narrative, to the emergence of Romanticism and to the growth of literary journals. More than a few publications flourished thanks to subscriptions, the only known form of publishing financing which, nonetheless, did not stop the failure of such efforts. On the other hand, what we would call newspaper businesses achieved notable growth and there appeared in the 1840s important newspapers, some of which survived into the 1960s, like the Diario de la Marina.

Other Havana-based publishers and printers of the 19th century, without establishing any hierarchies, were Tiburcio Campe's La Liberal, Antonio M. Valdés' enterprise at the Universidad de La Habana, La Propaganda Literaria, which from 1875 on monopolized the printing of schoolbooks; La Mercantil Militar, La Antilla, El Iris, La Moderna, Los Niños Huérfanos and La Universal. The wars against Spain (1868-1878 and 1905-1898) were moments sui generis of Cuban publishing, which surfaced in two ways: Cubans emigrated to various North American cities -New York, Tampa, and Cayo Hueso- edited books, many of them by their fellow countrymen, like Nestor Ponce de León, and they published newspapers, like José Martí. Likewise, in the insurgent countryside the mambisa press fulfilled an important role as a disseminator of various subjects related to the war, including literary ones. The tradition of Cuban printers overseas came from much before, since in 1829 José Antonio Saco, the owner of the Imprenta Española of El Mensajero (Philadelfia), was responsible for the first edition of Versos de Juan Nicasio Gallego recogidos y publicados por Domingo del Monte.

In the first six decades of the twentieth century the majority of the publishing houses and presses were private, and the most techologically advanced were located in Havana, although some in the provinces achieved a certain degree of development. There emerged organizations which in addition to lucrative businesses, developed cultural projects of note, like the Sociedad Cuba Contemporánea, founder of a journal of the same name, while many belonged to Spaniards established in the country. Among the more outstanding of these can be counted, in no particular order, Cultural S. A., the largest publishing enterprise of the period which began the true book industry in Cuba dedicated fundamentally to texts for primary education. It was born of the union of Librerías Cervantes –with a journal of the same name (1925-1946)- and La Moderna Poesía, a successful initiative of the Spanish publisher and bookstore owner Ricardo Veloso, which created in 1928 the Colección de Libros Cubanos. In addition, the Imprenta El Siglo XX, which concerned itself with the publications of such institutions as the Academia Nacional de Artes y Letras y the Academia de la Historia, both with assorted collections: La Económica, with Cuban books of literature, accompanied by the journal Mirador Literario (1942-1944) and Mirador editions; Librería Studium, with its collections Autores Cubanos and Biblioteca Studium; Librería Martí, specializing in works in law and history and sponsor of a Catálogo anual de libros antiguos y modernos (1947-1952) and of the Revista Bibliográfica. Librería Martí (1954-1960); Editorial Lex, over juridical and literary themes, promoter of the journal Crónica (1949-1953) and a plastic arts gallery; Editorial Trópico, which between 1936 and 1953 published in 74 volumes what at that time were the Obras completas of José Martí, which later were enriched with many discoveries; Ediciones Revista de Avance, promoter of works linked to the Cuban literary vanguard; Librería González Porto which, specializing in encylopedias, books on art and literature, and the publisher of the journal Nosotros los libros (1953-1956), became UTEHA upon moving to Mexico; Editorial El Arte, in Manzanillo, which initiated an important publishing movement in the eastern part of the country and managed other valuable projects, like the journal Orto (1912-1957); Editorial Páginas, with several collections —Ocuje, Sijú— of different literary genres; Ediciones Orígenes, led by José Lezama Lima, which published many of the members of the important group of the same name; Editorial Guáimaro, Empresa Editora de Publicaciones, Montalvo y Cárdenas, Avisador Comercial, Rambla, Bouza y Compañía, Editorial Hermes, Editorial Minerva, Úcar García y Compañía, P. Fernández y Compañía, Cuba Intelectual, Excelsior o La Tertulia, among the best known, accompanied by a countless number of small traditional shops committed to works of less complexity.

A singular and individual effort, quantitatively valuable, but not qualitatively, was made by José Manuel Carbonell with the 18 volumes of his Evolución de la cultura cubana. 1608-1927 (El Siglo XX, 1928). Elsewhere, Fernando Ortiz brought about the Colección Cubana de Libros y Documentos Inéditos o Raros, Emilio Roig de Leuchsenring circulated the history of the capital under the certification of the Oficina del Historiador de La Habana, and José María Chacón y Calvo created the Cuadernos de Cultura de la Secretaría de Cultura del Ministerio de Educación. The Spanish exile Manuel Altolaguirre promoted works by Cubans and Spaniards with his publishing company La Verónica. Some of these publishers counted also on bookstores and on more than a few occasions, often in a spontaneous manner, there were literary discussion gatherings which the most notable writers of the era attended. With the Cámara Cubana del Libro, which emerged in the mid-1940s with the intention of protecting national authors, were linked the most important publishing houses to move forwrad the branch's trade. Nevertheless, almost all of the writers had to finance and promote their works, while the role of the publisher and his various areas of expertise -manage projects, represent writers, monitoring the printing of a work and boosting it as a cultural and commercial object— were being fulfilled more in the executive order than in the creative one. Many were the books which remained on exhibit for years, welcomed into the consigning system, until their authors had no choice but to remove them.

The radical changes which occurred in Cuba beginning in 1959 resulted in changes in ownership of the most important publishers and printing shops passing from private hands passed to being state propoerty, while in 1968 the moderate and small-sized establishments which remained active under the representation of natives were moved over to state management, closed or regrouped through governmental decision. One of the first measures adopted was the 1959 creation of the Imprenta Nacional de Cuba —its first act was the massive publication of the Quijote— becoming in 1962 the Editora Nacional de Cuba, by means of which the industry's editorial and commercialization functions were separated. Universitaria, Pedagógica, Juvenil y Política publishers emerged as part of that reorganization. At the same time publishing houses were born that were linked to other institutions or groups which emerged in those first years of the 1960s, such as Ediciones R, which was linked to the newspaper Revolución, the Editorial de la Casa de las Américas, the certification of the Unión de Escritores y Artistas de Cuba and Ediciones El Puente, an independent entity, where some of the youngest voices in Cuban literature of that time published. In 1967 there was created the Instituto Cubano del Libro (ICL), which today is integrated into the structure of the Ministerio de Cultura, which was founded in 1976. It centralized all of the tasks linked to books: editing, production, distribution, and sales. Previously, in 1965, a special project, Edición Revolucionaria, came together to cover the needs for textbooks for university education, affected by the barriers imposed by copyrights. In its current structure the ICL is in charge of managing the publication and promotion of Cuban authors of all periods and genres and making them known internationally. It organizes annually the Feria Internacional del Libro de La Habana, where Cuban and foreign publishers come together. It has become the largest space for Cuban cultural exchange. It also publishes works universal classics, and it attends to the publishing of scientific-technical works. Subordinate to this institution are the Agencia Literaria Latinoamericana, which is in charge of representing Cuban authors outside of the island, the Cámara Cubana del Libro, created in 1997 to promote publishing development, the book trade, and assisting Cuban publishing houses at fairs, public events and exhibits; Ediciones Cubanas, book exporter, and the publishing houses Gente Nueva (literature for children and youngsters), Letras Cubanas, for others of recognized prestige of all eras, José Martí, charged especially with making Cuban literature known in other languages, Arte y Literatura, for books by foreign authors of all eras, Nuevo Milenio, for works in the social sciences, and Cubaliteraria, in digital media. There exists a publishing system, also linked to the ICL, in each province, to which is entrusted the publication of works of local authors, although eventually it welcomes authors of national relevance.

Overseas, publishing in the hands of Cubans, generally channeled into books of the artistic-literary disciplines and of social sciences of authors of similar origin has been centered, geographically in the US and Spain. In the US the now disappeared Ediciones Universal, Editorial Plaza Mayor, Linden Lane Press, Editorial Contra Viento y Marea, Ediciones Solar, Senda Nueva de Ediciones and La Torre de Papel came to life; and in Madrid Colibrí and Editorial Playor, both of which disappeared some years ago, were among the most recognized houses. At the current time Verbum, Aduana Vieja and Betania (Spain) y Almenara, El Zunzún Viajero and Término Editorial (US), among others, maintain their respective publishing profiles. 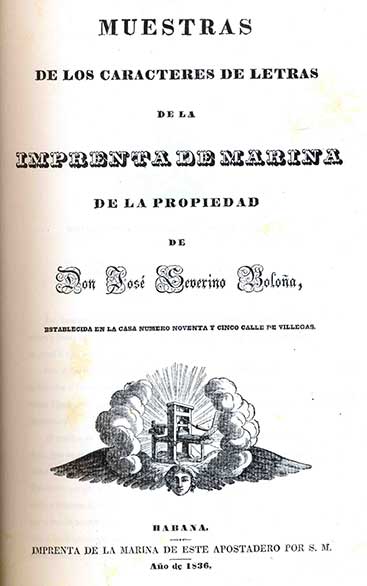 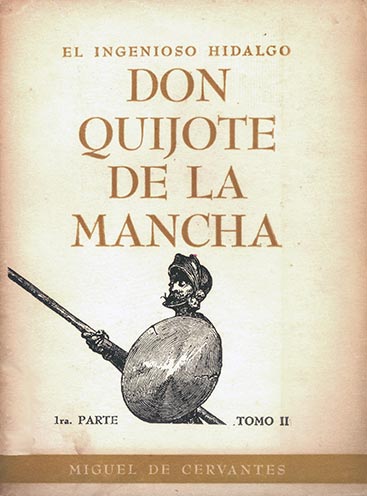 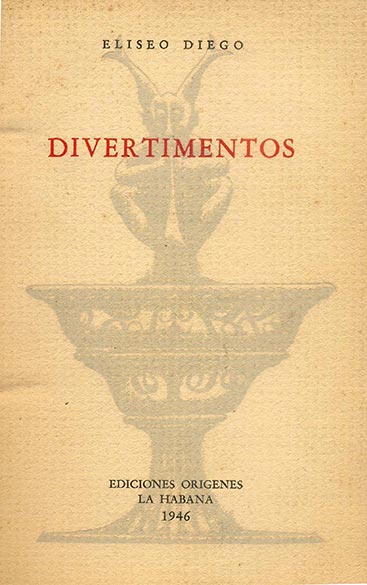