Profiles of Editors and Publishers in Philippines

Until the 19th century, Philippine printing presses are exclusively in the hands of religious orders which have to approve texts before publishing them. If we add to this the various limitations imposed by the Spanish monarchy and church regarding the entry and publication of books in the colonies, and the fact that there exists a very small reading public, we will find that in these first centuries of colonization it is principally grammatical and religious works that are published, in Castilian as well as in native tongues: the instruments that were necessary for christianizing the islands.

In 1811 there appears the first Philippine newspaper, Del Superior Gobierno. This marked the starting point for the proliferation of numerous printing presses belonging to lay people, which were dedicated above all to publishing newspapers. Throughout the 19th century and until mid-20th century, newspapers and magazines were more active, influential and profitable than books (Jurilla 2008: 29), as authors found outlets for their works more frequently in journals and newspapers than in separate book volumes.

Two factors will determine the emergence of printing presses, newspapers and literary works during the second half of the 19th century: the 1863 royal decree regularizing primary public education in the Philippines, which results in some 35% of the population becoming literate by 1866. Thus, the number of possible readers and the demand for readings increase. In addition, the opening up to international trade between the 1850s and the 1870s, especially following the inauguration of the Suez Canal in 1869 fosters the economic boom, the emergence of a middle class, the flow of intellectuals, businessmen and journalists between the mother country and the Philippines, with the resulting flourishing of publishing enterprises.

Nevertheless, the 1856 establishment of the Comisión Permanente de la Censura in the Philippines to systematize the control of production and circulation of books in the archipelago and the regulations of printing issues decreed by the government in 1857 will limit this growth. Although in 1883 a liberal printing law which mitigated censorship was declared in Spain, this is not applied completely in the Philippines (Cano 2011), and some of the works written by great intellectuals of the era have to be published overseas. Such is the case of José Rizal's Noli me tángere (1887) and El Filibusterismo (1891), which appear in Germany and Belgium, respectively.

With the Philippine revolution of 1896 and the loss of Spanish sovereignty in 1898, various Spanish presses are closed down, and therefore there takes place a relative relaxation of censorship, as well as an increase in publications written in local languages and English.

Paradoxically, between 1903 and 1942, there takes place «the Golden Age of Phil-Hispanic literature» (Mariñas 1974). Production in Castilian is prolific and literary prizes like the Zóbel are established. Nevertheless, the majority of the authors continue publishing in newspapers and journals: the sale of books in any of the country's languages is scarce and not not very profitable for the publishing houses. Therefore authors seek out the patronage of powerful and families and the government (Jurilla 2008: 39, Brillantes 2006: 30-32). Famous writers such as Jesús Balmori are not able to publish some of their works during their lifetime.

World War II marks a new era in the history of publishing in the Philippines. During the Japanese occupation (1942-1945), only seven new titles appear (Jurilla 2008: 41). The situation improves somewhat following the war regarding the publication of books in English and in Tagalog, although the book market continues to depend especially on the importation of foreign titles, but such is not the case for literature written in Spanish, which is practically exiled from the Asiatic archipelago.

Today, the publication of Philippine titles in Castilian depends upon some private initiatives and the Spanish government. In 1910 the Instituto Cervantes inaugurates the colección Clásicos Hispanofilipinos, which brings together annotated editions of works from the first half of the 20th century. With regard to the private sector, Georgina Padilla y Zóbel, a member of a notable Philippine family of entrepreneurs and patrons of the arts, has edited two volumes pertaining to that same era in a bilingual Spanish-English version with the publishing house, the Filipinas Heritage Library del Museo Ayala: La oveja de Nathan by Antonio Abad (2014) and La carrera de Cándida  by Guillermo Gómez Windham. At the same time, some researchers have published annotated editions of other classic works in Spanish as well as in other Philippine university presses, in this last case translated into English or in a bilingual version.

It is fitting to highlight Andrea Gallo's effort to launch the Colección Oriente, which brings together contemporary Hispano-Philippine works of the few current authors writing in Castilian. Recently, the research group Humanismo-Europa of the Universidad de Alicante has instituted the Premio José Rizal de las Letras Filipinas which underwrites the publication in the Verbum publishing company of the best essay or work of fiction which is relevant to the Philippine culture and is written in Spanish.

(University of the Philippines) 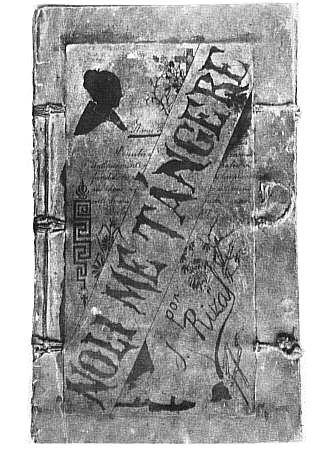