Profiles of Editors and Publishers in Colombia

In mid-18th century, the Jesuits requested permission to bring a printing press to New Granada, a piece of data which is consistent with the Catholic church's dominant role in the circulation (and censorship) of books and other printed material on the American continent. The lateness of this date explains in part the immense difficulties involved in launching publishing activity in Colombia, also scarred by the recently founded Republic's scarcity of resources, due to which it could not afford to publish books. In its place, periodical publications proliferated and some bookstores which imported foreign volumes were established.

Three names mark the beginnning of the Colombian publishing activity at the end of the 19th century and beginning of the 20th: Jorge Roa, Germán Arciniegas and Arturo Zapata. These three worked on the task of publishing local products and disseminating classic literature. The start of the graphic industry was organized around three business: Bedout, in Medellin (typography born in 1889), the Voluntad bookstore, in Bogota (1928) which, facing the impossibility of importing books in the 1930s, decided to set up its own print shops for school books; and Carvajal (Cali, 1904), which become the worldwide leader in the field of animated children books (they produced more than 2,400 titles until their plants closed at the end of 2001).

The State, persistent since its founding on discourse regarding education, took hold during the Liberal Republic (1930-1946) of the publication and distribution of books among a mostly illiterate populace. Still today it is an important competitor for the private sector publishing industry. The Church, for its part, continued to be a significant publishing agent in all regions of the country, but at the beginning of the 20th century the workers' and craftsmen's guilds undertook educational campaigns leading to the founding of workers' schools, newspapers and public libraries, which were not significant because of their level of coverage but rather due to the processes and policies they promoted.

The access to periodical publications that prevailed in cultural life since the beginning of the 19th century led to the mid-20th century creation of two essential journals: Mito (1955-1962) and Eco (1960-1984). According to Jorge Orlando Melo, the editors of cultural journals attempted to create what existed only to a very small degree: a reading public, a system of access, a creative cultural space. The potential public —those who know how to read and write and have attended a secondary school or university— are very few: the expansion of secondary and university education is a phenomenon of the years from 1960 to 1990.

This expansion of the reading public allowed for the flourishing of publishing activity, which was represented by such businesses as La Oveja Negra, Tercer Mundo, Editorial Norma, La Carreta, Cerec, Carlos Valencia Editores and El Áncora. All of these publishers were dedicated in a greater or lesser degree to the publishing and disseminating of local literature and thought.

The 1993 Ley del Libro, which was set in place to promote the graphics industry, was an important incentive for the large Spanish groups, which strengthened their presence in the country as of that moment. The decline in national publishing reached its end with the untimely 2011 closing of the Grupo Editorial Norma, whose books had circulated throughout all Spanish-speaking countries.

Today are facing the third wave of publishers (small and medium-sized, independent, like Babel, Tragaluz, Sílaba and Rey Naranjo), each with its own business model, but all of them concentrated on the printed book. To them is added the activilty of university publishers, who have become stronger in recent years and divide their attention between monographs and contemporary literature. 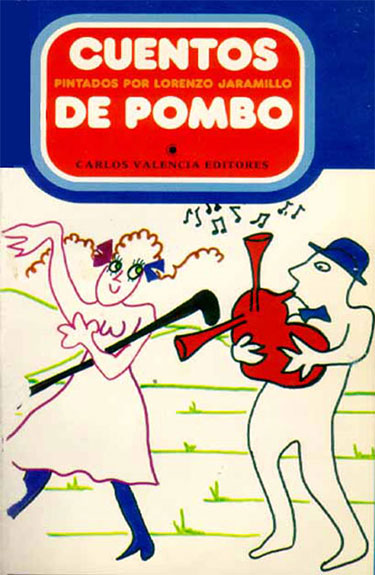